Bardo, Buddhism and the Art of Dying
By Terri Nash, Ms, CPM 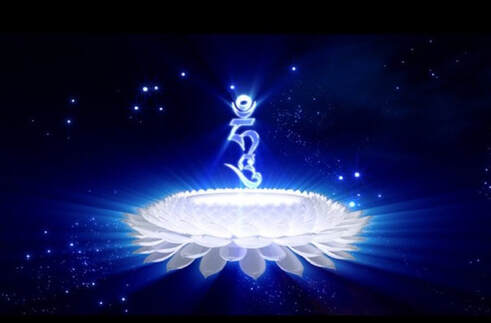 The Tibetans are practical people. Living traditionally at the rooftop of the world, they embraced the realities of birth, life and death. Their generations of wisdom and practical applications to such things as death become a highly valuable gift to our western fear-of-death-modern culture.

The Tibetans say, “Death is certain.” Simple, clear and direct. Death is certain. We think we know that, but our innermost fear as humans is the uncertainty of death. They go onto say, “The time of death is uncertain.” With uncertainty there is unease. The tools and techniques the Tibetans have ease the innate fear of death and go further into developing skills useful to navigate this journey.

When individuals are able to viscerally embody an understanding that life-death-life is a pulse, a continuum, one realizes that, “Everyone dies, but no one is dead.” One can also look to the natural world and see no endings that are final, only, as the first law of thermodynamics states, “Energy is neither created nor destroyed, only transformed.” With this never-ending transformation, the Tibetans and other Buddhists suggest that what takes rebirth is not a fixed “thing” or “self” but rather a subtle mind stream, or a continuum of awareness.

A very very subtle energetic continuously transforming. A kind of evolutionary tapestry. Death from that view is actually a beginning. And this beginning begins with a transition, a ”bardo” in Tibetan. An “in-between” state as it is often called. In- between one life and the next. Life-bardo-death-bardo-rebirth…pulses within a continuum. The Tibetans examined this pulse with utmost care and meticulous experiential observation via their meditation masters over many generations. They have much to contribute in this “map” of our shared human journey for both caregivers and the dying person.

It is said that a healthy person with a modicum of self awareness will know up to as much as two years before that one has entered the dying process. Dying is not seen as a fixed point, but a process. With these internals signals, one commences a set of skills hopefully already familiar in one’s life. These include the practicing and memorization, the familiarization of how the elements dissolve within us. They suggest there are coherent, predictable sequences of signs internal and external that one can become familiar with to ease the journey. This is where the “Art” comes in.

It is not considered morbid to familiarize oneself with these signs and sequences during one’s healthy years. It is considered prudent and wise. One would not travel anywhere without being adequately prepared? So why exclude death preparation? After all, it is the most important journey of one’s life! It is encouraged to become familiar with these signs. His Holiness the Dalai Lama writes in his book Mind of Clear Light, “When the actual process of dying begins, you pass through eight phases. The first four involve the collapse of the four elements.The last four involve the collapse of consciousness into the innermost level of mind, called the mind of clear light.”

Phase 1. Earth Dissolving into Water As our bodies weaken, the strength wanes. This is the earth element weakening. The body dramatically thins, vitality and luster is lost, sight dims. One may subjectively feel a sense of sinking into the earth or mud and instinctively cry out “Help me!” , or “Hold me up!” This point is often misunderstood in a western context. Caregivers are often at loss and interpret this as a request for more morphine for example. When one understands these signs, whether as a caregiver or one who is dying, then one can be with it more skillfully. The body, its earth element weakens to a point of dissolution into the water element. What one sees subjectively within the mind is like a mirage.

Phase 2. Water Dissolving into Fire Fluids dry out. Mouth and tongue get dry, scum forms on teeth. Sound begins to diminish. The capacity of water diminishes and fire is enhanced. The warmth of the body increases. Caregivers may observe a “fever” as warmth climaxes. What one sees is thin smoke or puffs of smoke billowing.

Phase 3. Fire Dissolving into Wind All movement functions of the body- such as inhalation, exhalation, burping, spitting, swallowing, flexing joints, opening and closing eyes, digestion, etc.- all diminish. One experiences difficulty breathing, exhalations become longer, inhalations shorter, the throat may rattle or gasping sounds occur. One can no longer pay attention to wishes or activities of those around them. One subjectively sees within the mind sparks or fireflies.

Phase 4. Wind Dissolving into Space When the coarse wind dissolves, the tongue becomes short and thick, the root turning bluish. Experiencing physical touch is impossible as is physical action. Breath through the nostril ceases however there are subtle levels of breath or “wind” that continue. So it is said that the cessation of breath through the nostril does not indicate completion of the death process. What one sees in one’s mind is like the flickering of a light above a candle. The light flickers as if the flame were about to be consumed. As the winds furthers dissolution, the flame’s appearance becomes steady.

It is thought that the time near death is dangerous in that one sets the course of the next rebirth at this time. It is an exquisitely delicate time. So special in its contribution to a future rebirth that any irritation, aggravation or annoyance may turn to anger by the dying person and contributes negative factors to one’s future rebirth.

The caregivers provision of a serene atmosphere as well as speech and mindful actions are essential in this time. One is encouraged as a caregiver to remind the dying person gently of all the positive things one has done in life. To assure the dying person of where they are , and what might be happening in each phase in a soft, kind voice. Often spiritual texts are read.

Phase 5. White Appearance This begins the emergence of three subtler energetic-mind appearances. This phase is also called, the “moon-like” luminosity. There is no objective light, it is a subjective state of shining white light. One is in a clinical death state, yet the Tibetans assert these phases are an active function of the dying process.

Phase 6. Red Appearance This phase dawns of its own accord in a red-orange hue. It is described as like an autumn sky free from dust, utterly clear with pervading red-orange light. It is also called “increase of appearance” because of an appearance like vivid sunlight appears, yet there is no external light.

Phase 8. Clear Light At this point, the mind becomes even more subtle. The unconsciousness is cleared away and the mind of clear light manifests non-conceptual and non-dual. It is described as a clear openness like sky. Sky mind.

It is said that the most subtle consciousness usually remains in the body for three days after clinical death to complete these subtle stages. The exceptions include sudden death or a disease ravaged body where the phases may be accelerated.

Every moment of life has a bardo, an in-between essence, a transition. The dying process is no different. The quality of the bardo states we enter and the quality of a dying experience rests on the mindfulness the dying person and the caregivers. Allowing ourselves to be active in familiarization of the phases and stages of dying and death brings wisdom and ease to this momentous journey. |

|Mind of Clear Light: Advice on Living Well and Dying Consciously by His Holiness the XIVth Dalai Lama and Jeffrey Hopkins, 2003, Atria Books.|